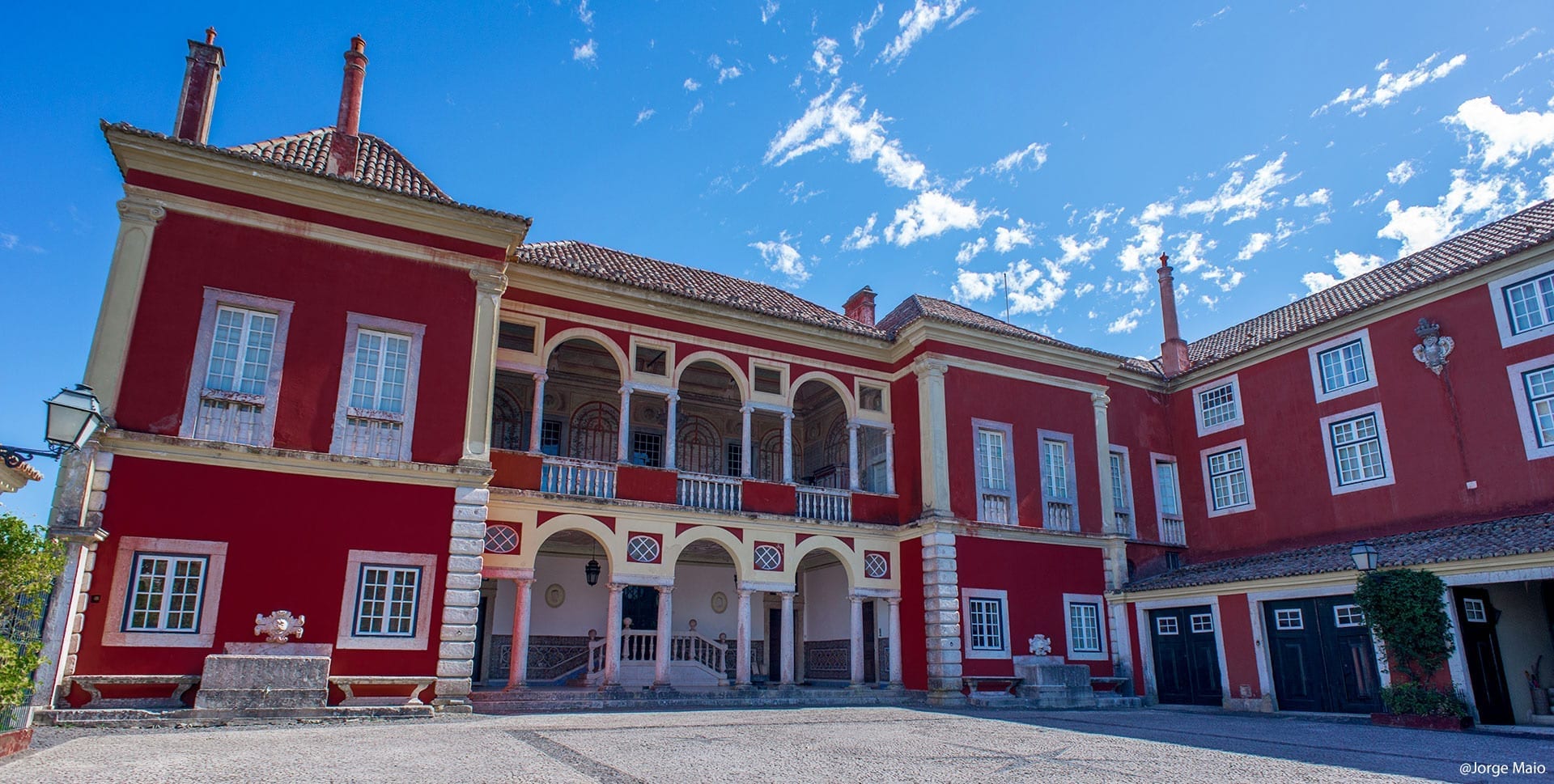 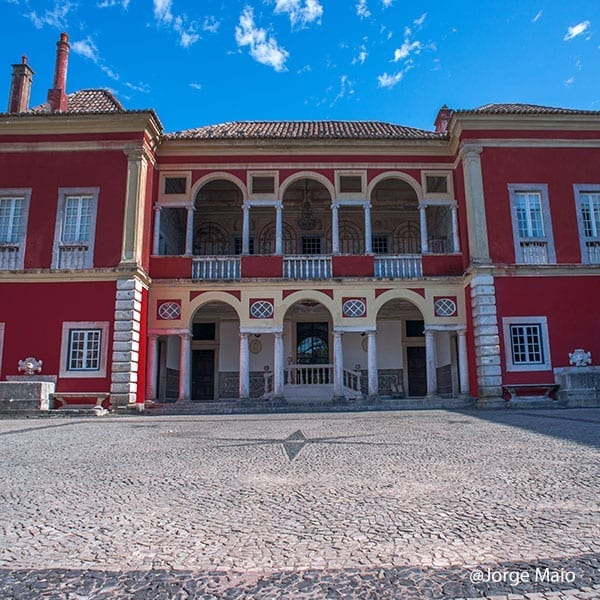 The Fronteira palace is one of the most beautiful seventeenth-century monuments in Lisbon. It holds the largest collection of seventeenth-century “azulejos” (Portuguese tiles) preserved in situ. It was built around 1670 and was used as a second residence and hunting lodge by the Mascarenhas family before the Lisbon earthquake.  The family moved to Benfica in 1755, after their main downtown residence was destroyed in the disaster.

The palace is an ancient manor house preserved in a form very close to its original design. Classified as a national monument, it is also the home of the descendants of Dom João de Mascarenhas, the first Marquis of Fronteira, who ordered the construction of the palace. This is one of the many charms of the place, giving it a human touch and contributing to its special atmosphere.

History:
Around 1670, under the initiative of the 2nd Earl of Torre and the first Marquis of Fronteira Dom João Mascarenhas, and of his wife Madalena de Castro, both the central body of the Palace and the Liberal Arts Terrace were finished. The couple had the panels of azulejos (Portuguese tiles) installed, which can still be seen decorating the walls and the façades of the palace. It was under their initiative that the architectural elements of the gardens were built – The “Knights Lake” and the “Kings Gallery”. The formal garden and its five fountains, the fountain of Venus, the Venus garden, the garden grotto, known as Casa do Fresco (lit. House of freshness), all the embrechados (rocaille decorations) and the three grottos behind the lake of the Knights date from this same period.
The place was originally built as a Summer residence. Although the date of the beginning of its construction is uncertain, it is a fact that in 1668, when Cosme III of Medici visited Portugal, it was almost finished. In 1673, when the first Marchioness of Fronteira died, an inventory was made which registers all the elements mentioned above. After the destruction of the family’s residence in downtown Lisbon during the 1755 earthquake, the Fronteira Palace was enlarged and became the main residence of the Mascarenhas family.
The Fronteira palace is still inhabited by the descendants of Dom João de Mascarenhas. This is one of the charms of the place, giving it a human, living atmosphere which makes it so special.

Points of interest
There are at least two different tours available to the visitor of the Fronteira Palace: a walk through the gardens with the help of audio and video guides, and the guided tours to the interior. “Themed tours” are available twice a month, dedicated, namely, to the collection of azulejos (Portuguese tiles) and the literary authors who lived in the palace. The dates for the themed tours are announced on the Foundation’s website, periodical press and social media.
During the regular guided tours to the interior, visitors can see the Battle room, the Panel room, the Intimate or Four Seasons room and Juno room, the Library, the Liberal Arts Terrace and the Chapel. The palace provides the perfect opportunity to escape the noise of the city and enjoy a unique place where History meets modernity. 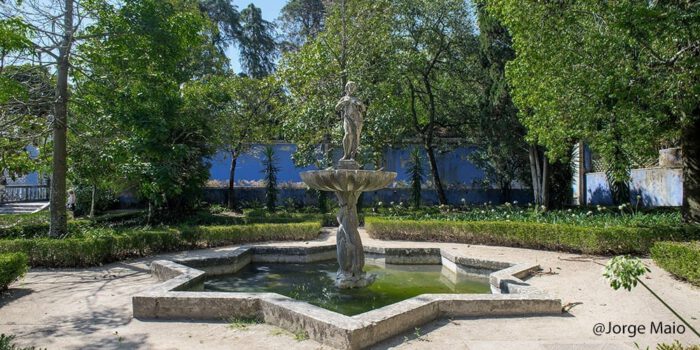 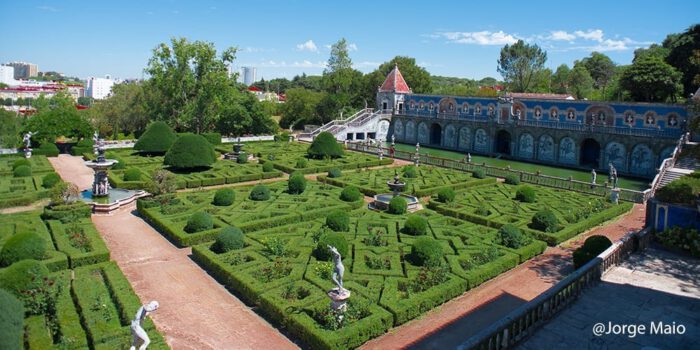 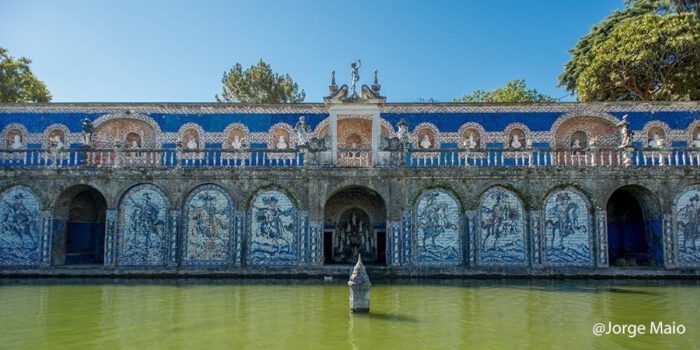 Among those integrated in the gardens or vegetable garden:

The main points of interest in the gardens consist of the formal Garden, surrounded by three short walls covered with panels of azulejos (Portuguese tiles) to the East, North and West sides, the Kings Gallery and the Knights Lake. The so-called Garden of Venus or Upper Garden is limited by the Pond of the Ss and the Garden Grotto or Casa do Fresco (literally House of Freshness). Nowadays it holds exotic trees and flowerbeds limited by boxwood which differ from its original design. Above the Upper Garden one can find the Tanque dos Pretos (the tank of the Blackmen) where there is a swimming pool and a series of niches which hold ten lead sculptures representing minor gods from ancient mythology.